Excellence in Healthcare Through Leadership

David Haslam CBE delivered this important keynote address at #HLA17 drawing on his experiences through his career. He explains here the importance of excellent leadership for delivery of excellent healthcare.

Please note, this piece of content is part of The #HLA17 conference content and is included in the Medics.Academy subscription.

Developed in Partnership with the Healthcare Leadership Academy

With an exciting faculty from across the health sector and beyond, the aim of the Healthcare Leadership Academy is to inspire the next generation of healthcare professionals and develop their understanding of leadership. Through a combination of mentoring, Socratic discussion, and philosophical exploration, HLA aims to inspire their scholars to change the world of healthcare, one step at a time. 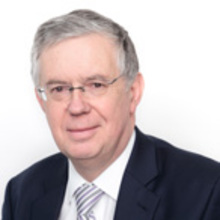 Professor David Haslam is past-President and past Chairman of Council of the Royal College of General Practitioners, past-President of the British Medical Association, a former vice-chairman of the Academy of Medical Royal Colleges, visiting Professor in Primary Health Care at de Montfort University, Leicester, and Professor of General Practice at the University of Nicosia, Cyprus.

He was a GP in Ramsey, Cambridgeshire, for many years and has been an expert member of the NHS National Quality Board, chair of the NQB Quality Information Committee, and National Clinical Adviser to both the Care Quality Commission and the Healthcare Commission.

David is a Fellow of the:

He’s written 13 books, mainly on health topics for the lay public and translated into 13 languages, and well over a thousand articles for the medical and lay press.

In 2014 he was named by Debretts and the Sunday Times as one of the 500 most influential and inspirational people in the United Kingdom. He was awarded a CBE in 2004 for services to medicine and healthcare, and has been awarded honorary doctorates by the University of Birmingham and the University of East Anglia.